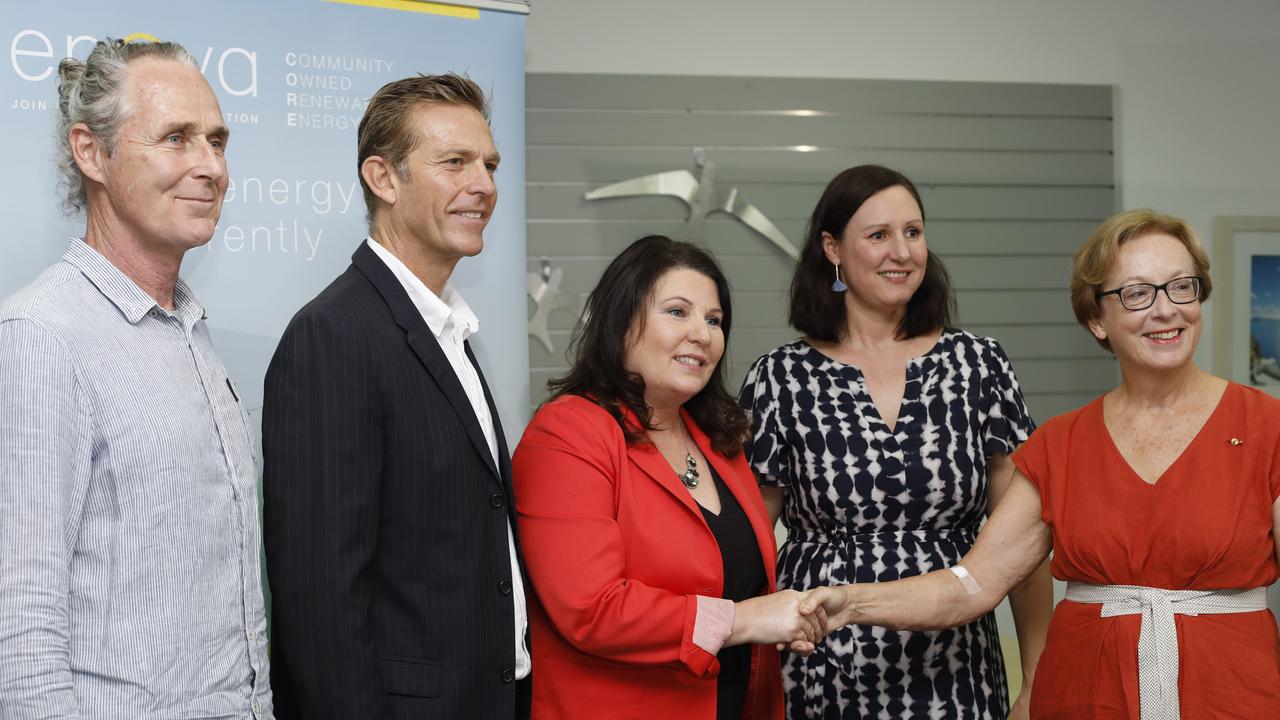 Under the State Government's Regional Community Energy Fund, $3.5 million has been allocated to the Byron Bay Solar Farm and Battery Storage Project, spearheaded by Coolamon Energy.

A further $998,000 has been awarded to Enova Community Energy to part fund a new initiative.

Craig Johnston, one of Coolamon Energy's directors, said the grant meant their project could involve battery storage from day one, helping to take the Byron Shire a step closer to the goal set out by the group Zero Emissions Byron.

Mr Johnston said the solar farm and battery would be on the same private property at Ewingsdale.

Energy will be exported through electricity infrastructure and distributed through the Ewingsdale substation.

"It's about 10,000 tonnes of greenhouse gas emissions that we're going to be offsetting," Mr Johnston said.

"The Byron Shire's greenhouse gas emissions, on a yearly basis, are around about 265,000 tonnes.

"It's not the whole lot but at least it's a big step forward."

Mr Johnston said the 5MW facility was a fraction of the size of Australia's biggest solar farms but would be the first utility-scale facility of its kind in the region.

"What we're trying to do is … to bring the consumption and the generation close together," he said
"At the moment everyone's heard about battery projects but they're still a little bit expensive, so it's really important we get some funding support."

Mr Johnston said they expected to be generating energy at the project by 2021.

Many existing solar farms feed power back into the grid but lack on-site storage.

Mr Johnston said a battery component would be vital for this project.

"It allows the project's viability, moving forward, in terms of economics," he said.

"Everyone cares about climate change particularly in the Byron Shire so this is a major step."

Ballina MP Tamara Smith said for Byron groups to nab such a big share of the $15 million grants pool was an "absolute incredible achievement".
"It just goes to show that for our community we are really leading the way when it comes to renewable energy and practical solutions to our global crisis in terms of a warming planet," Ms Smith said.

"Sixty per cent of our customers have solar," she said.

"This battery will help us utilise the solar that we're purchasing from our existing customers and help us smooth out some of the peak times in the energy market."

"I think it's really important in terms of moving to a zero carbon economy … given the climate crisis that we're currently in.
"Both of these projects together are going to bring real benefits in terms of building resilience into local communities, creating self-sustaining communities through local renewable energy and storage."

Enova chair Alison Crook said the funding was "really exciting as a first in a step towards demonstrating that energy can be local".

"At the moment, we're all relying on great big power plants … and energy travelling really long distances, so energy is lost on the way.

"What we're saying now is we can keep energy and money circulating in communities."