Aboriginal Student of the Year

Greens MP for Ballina, Tamara Smith is delighted to announce Ballina High School student Jenique Sines has received the 2016 Aboriginal Student of the Year Award for the Ballina Electorate.

“Jenique is an outstanding young woman who is involved in many social and academic activities that support community,” said Tamara Smith.

“Jenique has been involved in the Aboriginal Student Leadership Program since 2013, received the Leila Roberts Award for Academic Achievement in 2015, has a scholarship from Roads and Maritime Services and a traineeship with ANZ Bank.” 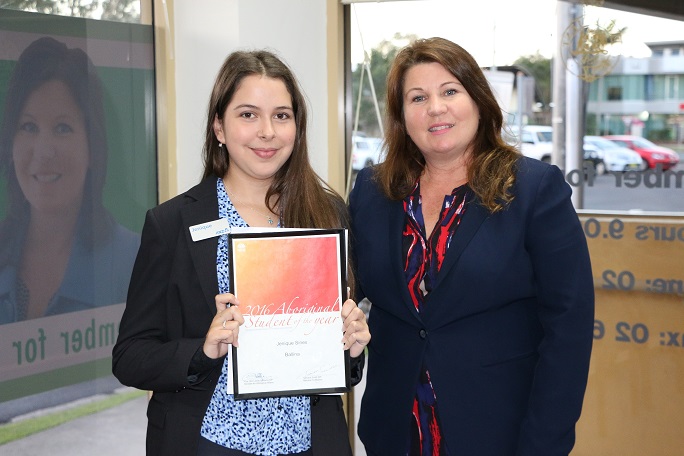 When Jenique finishes High school she plans to study engineering at university.

The Aboriginal Student of the Year is a new annual award recognising young people who demonstrate leadership within their school and local community.

Tamara Smith was proud to present Jenique with her Award during NAIDOC Week; it consists of a certificate and a gift voucher in recognition of her achievements.