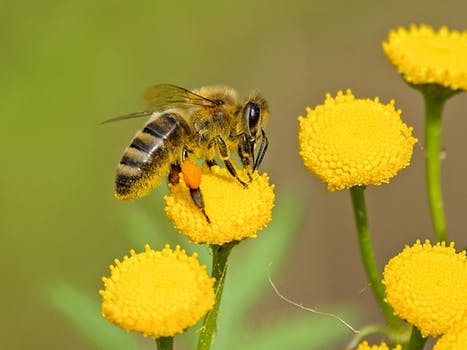 In the three years since becoming the member for Ballina, I have worked extensively and productively with stakeholders across the electorate, including OzFish. I support their Tuckean project, which restores fish habitats in the estuaries. University of New England scientists, who reported on the Richmond River, and Southern Cross University scientists, as well as Conservation Volunteers Australia, are doing incredible work. I am working with the mayors of the five councils responsible for the Richmond River. We know what to do and members will hear much more about it over the next 12 months. The reasons for the lack of fish and shellfish in the Richmond River are complicated, but a new cause has been found: the impact of a pesticide class known as neonicotinoids.

This pesticide class has been linked to bee deaths in Europe , America and the European Union. Some people in this House laugh about matters like this ,but bee disease is a big deal for food production worldwide . The European Union imposed a temporary ban on the use of three key neonicotinoids on some crops in 2013 , and a total ban on all crops not grown in greenhouses is being considered. Sadly, in Aust ralia these pesticides are still being used. The Australian Pesticides and Veterinary Medicines Authority, the body responsible for regulating pesticides , says on its website , "Given that Australian honey bee health is good, there is no cause for similar r estrictions here".

My future son-in-law is a bee expert at the University of Sydney . B ee experts right across the country will be disturbed to hear that a pesticide that is being banned in the European Union because of its impact on bee populations is bein g whitewashed in Australia . CSIRO data generated by the FisheriesResearch and Development Corporation and funded by the Australian Prawn Farmers Association shows that neonicotinoids have been detected in river catchments a nd are affecting prawn numbers a nd their ability to catch food. As with most things in our natural ecosystems , it has a flow-on effect.

I have passed on the data about pesticide effects on prawns to the Minister for the Environment and the Minister for Regional Water and neither has investigated the issue. Instead they have passed the buck to the Federal Minister for Agriculture to provide a response on this issue, which is of huge concern to residents in Ballina. To date there has been no response. We have proof that these pesticides use d in sugarcane and horticulture for pest control are leaking into rivers at concentrations that are growing and are above safe limits for many aquatic organisms. These pesticides are impact ing on bees, on fish habitat and onthe health of the river.

The pesticides authority needs to reassess the safety of these pesticides and better educate farmers and horticulturalists about their use. Last year Emigrant Creek Dam was sprayed with diazinon—an organophosphate pesticide from a macadamia farmer spraying in high winds. This matter should be dealt with swiftly and prosecutions should occur. The Greens would like to have an urgent debate about the use of pesticides, and severely restrict or ban those that cause the most harm to humans, animals, fish and bees. We would like more research into methods that will assist farmers to minimise or eliminate the use of harmful pesticides and fertilisers. The future of our river depends on it.