Ban the Bag in NSW

Each year tens of thousands of marine animals including dolphins, turtles, and whales are injured or die from getting caught 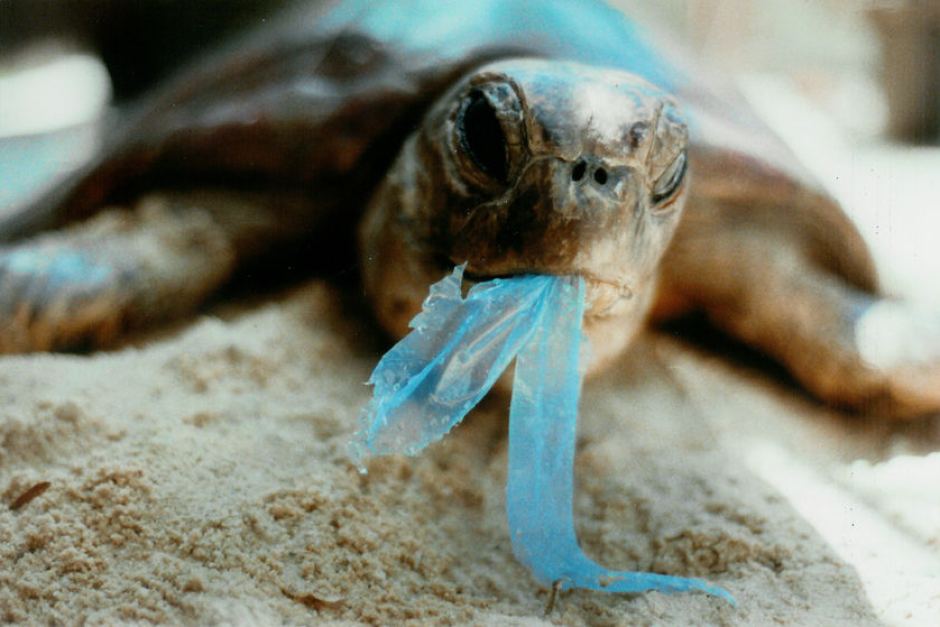 in or ingesting plastic bags.

In Australia around 50 million plastic bags a year end up in the environment, many in rivers and the oceans.

The Greens have committed to bring legislation to the NSW Parliament to ban single-use light-weight plastic shopping bags in NSW by the end of 2015. We can join South Australia, Tasmania and the Territories and Ban the Bag!

SIGN THE GREENS PETITION TO BAN THE BAG IN NSW TODAY

Why Ban the Bag?

Only 5% of these bags are recycled, 20% are reused (such as for bin liners) and the majority, around 75%, is sent directly to landfill. These light-weight bags are susceptible to being blown from bins or garbage trucks during transport and from landfill often ending up in waterways and eventually the ocean.

In November 2014 a three metre Risso’s dolphin beached itself at Curl Curl and subsequently died. An autopsy performed at Taronga Zoo found a plastic bag had blocked the dolphin’s stomach.

The lightweight plastic shopping bags provided by retail outlets and used for carrying items such as groceries, takeaway containers, pharmacy items, bottle-shop items, other retail goods and loose items purchased at convenience and hardware stores. These bags are often used just once but take thousands of years to break down. These bags require fossil fuels to manufacture adding to Greenhouse gas emissions.

There are many alternatives to single use bags including taking your own re-useable bag to the supermarket, using a box, bag share schemes like Boomerang Bags or even recyclable paper bags. We don't need plastic bags and the environment can do without them too.

About the Greens Ban the Bag Bill

The objectives of the Ban the Bag Bill is to:

While the details of the legislation is still being developed, some of the key aspects are below:

Which bags would be affected?

Plastic bags of less than 35 microns would be banned. This includes lightweight single-use plastic bags such as grocery bags with handles and other lightweight bags used to carry away products from retailers such as take away food or alcohol.

The following bags would not be included in the ban:

While these bags wouldn't be included in this legislation, the Greens are committed to supporting community action and education to encourage people and businesses to minimise all plastic use. We are also support more drinking water stations in public spaces to reduce consumption of bottled water, container deposit legislation to improve recycling rates for plastic bottles and containers and getting micro-beads out of body washes and other personal products.

Transition. A 12 month phase-in transition period will allow retailers and consumers to adjust to the new legislation and use existing plastic bag stocks.

Consultation about the Bill

If you would like more information about the Greens plans or would like to input into the development of the Greens Ban the Bag Bill, please get in contact at [email protected]

SIGN THE GREENS' PETITION TO BAN THE BAG IN NSW TODAY

Give Plastic Free July a try