The Greens NSW mining spokesperson Jeremy Buckingham and Greens MP for Ballina, Tamara Smith today launched a new private members bill that will legislate to prohibit coal seam gas across NSW, saying it was time for NSW to act decisively and move past the fractious coal seam gas debate, ban the industry and move forward with clean renewable energy projects.

The Greens will introduce the Bill to the NSW Legislative Council on Tuesday 5 May as their first act in the new parliament. 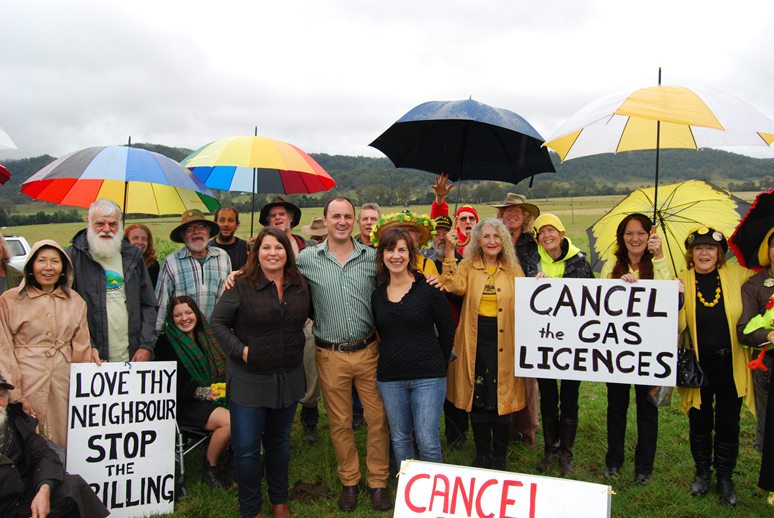 “There was a lot of rhetoric during the election campaign from all political persuasions, over which party would best protect land and water from coal seam gas.  This bill gives all parties the chance to stop coal seam gas in NSW,” said Greens MP Jeremy Buckingham.

The member for Ballina Tamara Smith said: “The first action I will be taking in the Parliament is to support legislation to prohibit coal seam gas in the Northern Rivers and to create a broad public interest test to ensure existing licences can be cancelled without compensation.

“The community blockade at Bentley showed that coal seam gas does not have a social licence in the Northern Rivers and I’m calling on the Government to listen to the community and fix the laws. They can do that by supporting the Greens’ Bill.

“We need to move on from this long running debate about coal seam gas and start building a clean energy future.   I will be strongly supporting community renewable energy projects and regional renewable energy solutions as the new Member for Ballina.”