Greens candidate for Ballina, Tamara Smith and Upper House MP, John Kaye announced their party's pledge of $15 million to build new classrooms to replace substandard demountables at Byron Bay Public School and a forward commitment of another $50 million for the development of a new primary school in Suffolk Park, and planning for the expansion of Byron Bay High School.

The money would come from the Greens' $20 billion infrastructure spend, funded from a new vendors' duty on property speculators, higher taxes on the super-profits that very large clubs make from poker machines and maintaining stamp duties on large business transactions. 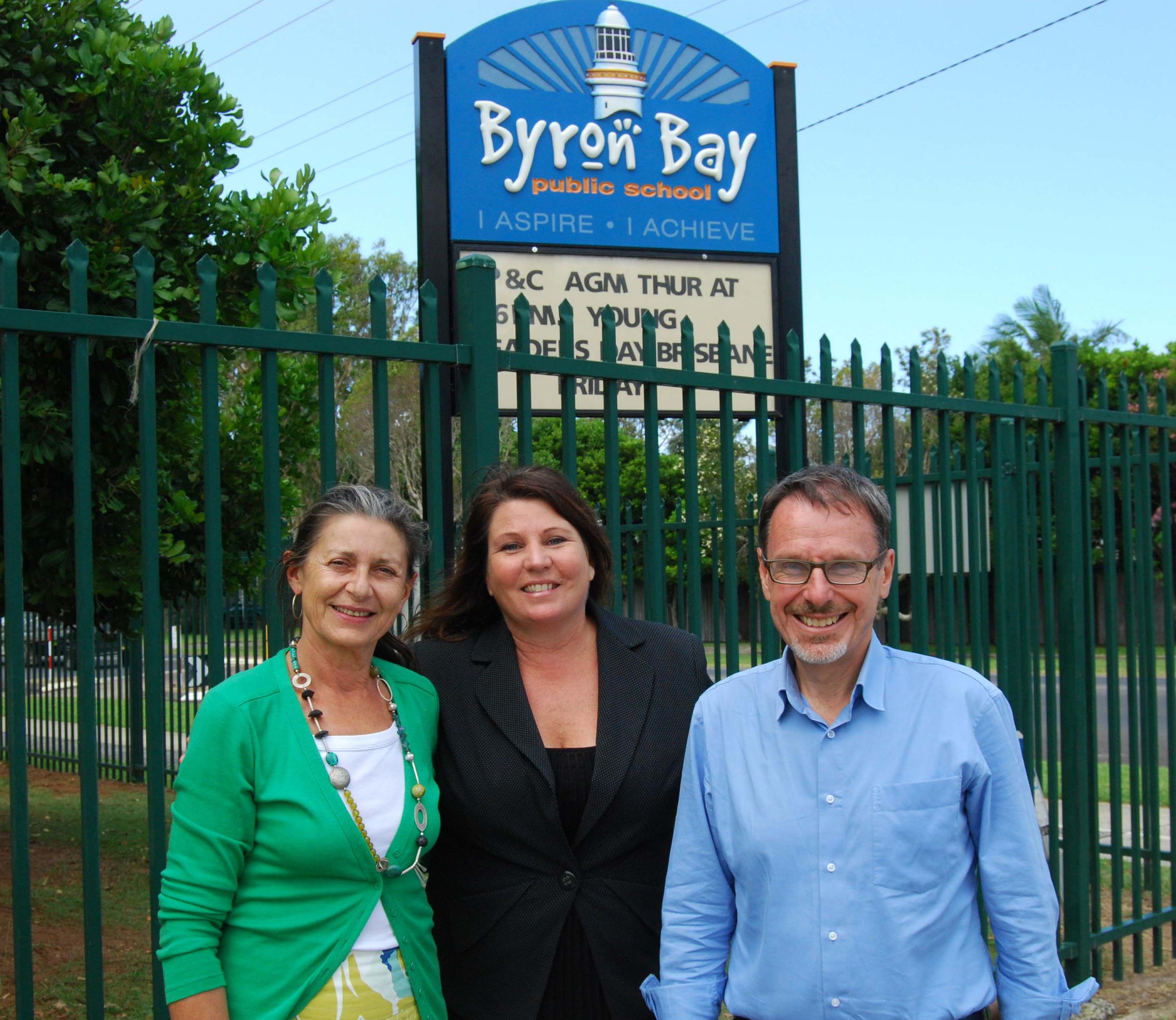 Tamara Smith said: "Byron Bay Public School is a great school, but the existing demountables are mouldy and deteriorating and not fit for educating young people. They are a health hazard for students and teachers. We’ve heard stories of students suffering asthma attacks from exposure to mould and fungus in the demountables. They must be replaced immediately.

"For years both Labor and National-Liberal state governments have ignored the growing challenges of physical infrastructure in Byron Bay.

"The Greens are showing that it is possible to find the money needed to give Byron Bay Public school the great future it deserves and to do it immediately.

"We are also committing funds from our $4.5 billion state-wide public schools and hospitals infrastructure package to build another public primary school on the exisiting Department of Education land off Beech Drive at Suffolk Park and start planning for the expansion Byron Bay High School capacity as student demand increases.

"This is about priorities. For the Greens, public school students and teachers will always come before the windfall gains of property speculators and the super-profits made by pokie palaces.

"The Greens are prepared to stand up to the vested interests to find the money to make sure Byron Bay and the rest of NSW gets the best possible public school facilities and enough of them to meet the growing demand. And we can do it without selling off the state's wires and poles," Tamara Smith said.

Dr Kaye said: "For sixteen years in government, Labor sat back and let Byron Bay Public and hundreds of other schools suffer with decaying demountables.

"Labor is hoping we can't do the maths, but it's not hard to work out that they are allocating just $22,000 to replace each demountable. There's not much that can be built for that amount.

"The Greens are prepared to find real money to make sure Byron Bay Public School does not have to struggle on with these unhealthy and inadequate demountables," Dr Kaye said.