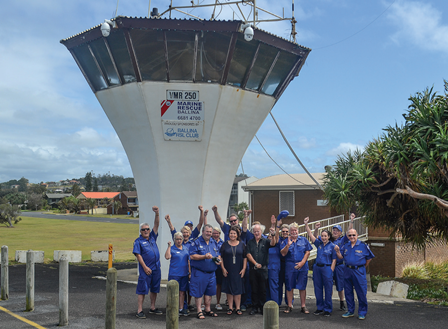 Delivering results with the community

After a busy and rewarding first year as Member for Ballina, Tamara Smith MP congratulated the community on the many achievements that have delivered tangible results across the electorate.

“The 2015 election was a referendum on the destructive impacts of CSG and it is a tribute to our tight knit community that we have achieved the extraordinary – establishing a coal-seam gas free Northern Rivers,” said Ms Smith.

“Another significant win was securing $415,000 in funding for the new Marine Rescue Tower at Ballina’s North Wall. I was able to broker this successful outcome, including direct representations with the Premier, and it shows how a strong, independent local MP can cut through red tape and deliver for the community.

“I have introduced a new bill in Parliament to ban single-use plastic bags. This was a commitment I took into the election and I look forward to the Coalition and Labor supporting a practical proposal to protect our beaches and waterways, and plants and wildlife,” said Ms Smith.

In Parliament, Tamara Smith has taken an intrepid and tenacious approach to issues affecting her electorate. The Ballina Greens MP spoke on 15 pieces of legislation, brought 24 local matters to the attention of the Parliament, and asked more than 25 questions directly to the Premier or his Ministers. This stands as a remarkably active record for a new MP.

As a member of the NSW parliamentary committee for Industry, Investment and Regional Development, Ms Smith initiated a shark inquiry to examine the impacts of shark encounters on communities.

Tamara Smith’s notable achievements over the past 12 months include: