The Greens have called for increased government investment in preventative health and primary care to keep more people out of hospital and reduce pressures on the health budget over the long term.

Dr Kaye said: “The Greens believe a better quality of life is possible for all residents on the North Coast.

“Spending on the prevention, management and recovery for patients from a range of diseases and illnesses would keep people healthier and out of hospital. In the long run it is a cost saver.

“Currently the health care model focuses on treating the symptoms of disease at the crisis end of the system.

"The Greens will be taking a range of policies to the election that focus a more holistic approach to wellbeing, with far greater funding for preventative programs and rehabilitation. 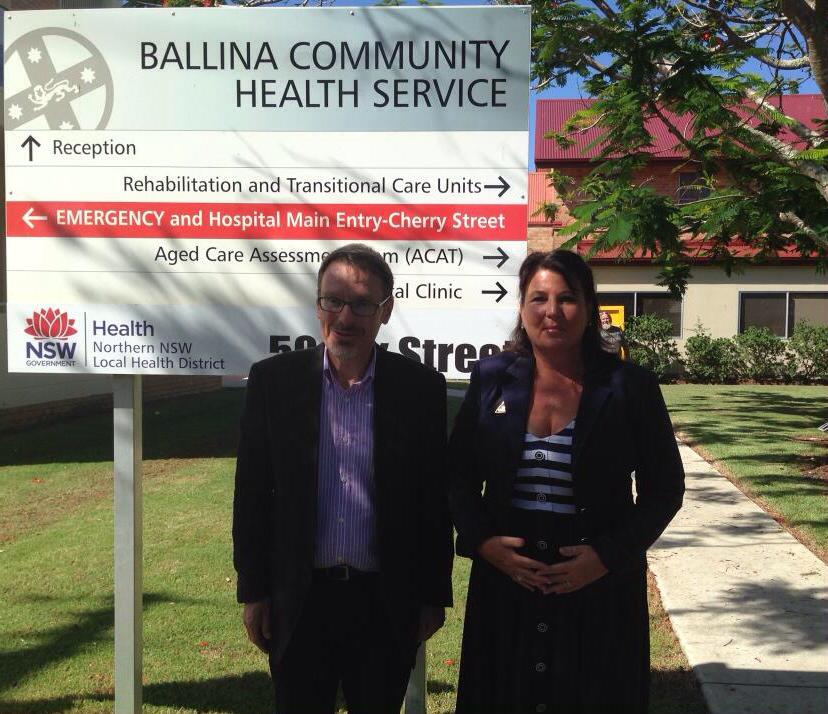 “Neither the state nor the federal governments are doing enough to promote healthy communities and stop the incidence of in many cases preventable illnesses like heart disease, stroke, diabetes, kidney disease, hepatitis, HIV, and cancer.

“In the NSW Liberal-National government’s 2014/15 state budget, for every dollar spent on  the rest of the health budget, less than 2.8 cents went to Population Health Services.

“The Abbott government’s savage cuts in its 2014 budget will see NSW funding reduced by a further $2.2bn over 5 years. Preventative health spending will inevitably feel the brunt of the budget hit.

“NSW will also lose $119 million from the early termination of the National Partnership Agreement on Preventive Health.

“The budgetary situation is made much worse by the Abbott government’s proposed GP co-payment that will put more even more pressure on the hospital system and discourage people from seeking early diagnosis and treatment.

"Socio-economic status is a high risk factor for preventable disease.

"Instead of investing in health promotion, the Liberals and Nationals budget cuts and attacks on Medicare will only make hospital waiting lists longer.

"GPs should be the front line of care when people get sick.

"It's cheaper for the community and better for the patient than being pushed off to an emergency department.

“GP are better placed to help patients manage their own health, including providing dietary, exercise, stress avoidance and lifestyle advice.

“It also makes economic sense to help people get well before they need hospital treatment.

"The Greens believe that the same model of targeted education, awareness and regulatory measures can tackle other lifestyle diseases especially obesity-related illnesses.

“Reducing children’s exposure to junk food advertising is a cheap and effective way to reduce obesity.

“Healthy school canteen menus should be mandatory in every school.

“In 2008, the economic impact in NSW of obesity alone was estimated by Access Economics to be $19 billion.

“The cost to the economy and to individuals and their families is simply not acceptable and we think it can be avoided,” said Ms Smith.

"State and federal governments must step up to the plate.

“There are a lot of cost-savings associated with treatment in community settings rather than hospitals.

“The Northern NSW Local Health District admits that the overall population of the Northern NSW is projected to increase by 8.2% by 2021, with the bulk of that growth in the older age groups. The over 65 group is expencted to grow by 34%.

“The Greens are going to the next election with a policy of urgent action to significantly reduce preventable disease and its cost to the health system,” said Mr Guise.