Tamara Smith sleeps out for homeless week in Ballina

To coincide with Homeless Persons Week (Monday 4th August - Sunday 10 August 2014), Ms Smith spent the night at Fawcett Park in Ballina on Thursday 7 August to raise awareness about the issue of homelessness in the Ballina electorate and gather funds for a local homelessness support service.

"We often think that homelessness is a city issue, but the reality is that there are many people sleeping rough in Ballina this winter. According to the Northern Rivers Regional Social Profile, there are over 1,380 homeless people across Northern NSW and that figure is growing. 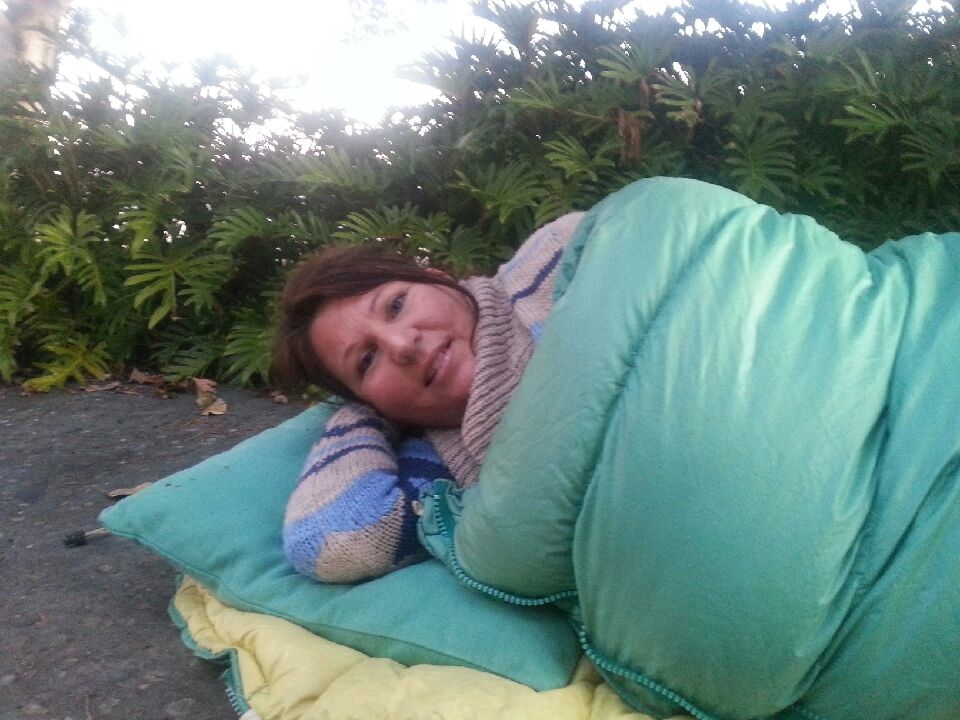 "Bicentennial Park is becoming a stop by point for homeless people in the Ballina Shire. They sleep in their cars overnight and then leave early the next morning before the rangers start patrols. Its a horrible situation for these people who are lacking alternatives", said Ms Smith.

Many people sleeping rough or experiencing homelessness turn to organisations like Ballina District Community Service Association, The Hot Meal Centre in Cherry St and Ballina Mental Health Inc for help. To raise awareness of and support these services, the Greens held a sausage sizzle at Fawcett Park in Ballina from 5pm. Local businesses, Cherry Street Butchery, Macadamia Castle, Swish Cafe and Soul Patterson's Chemists donated supplies for the event and all funds raised have been donated to Ballina Mental Health.

"Homelessness is the elephant in the room, and I want to talk about it as part of my campaign for Ballina. The National Party seems to have forgotten homeless people in our community. Only last month we saw reports that the Lismore Women's Refuge faced closure because of State Government funding cuts resulting from a revised tender process.

“The Greens have a costed National plan to eliminate homelessness by 2020 through investing an additional $900 million into new social housing, increasing funding for refuge accommodation and supporting the rights of people who live in residential parks; many of whom are older and deserve security and affordability said Greens NSW Housing spokesperson, Jan Barham MLC.

Community members were invited to drop by from 5pm on Thursday 7 August to join the BBQ fundraiser and to show their support for homeless people in our community.