We need to talk about Renewables 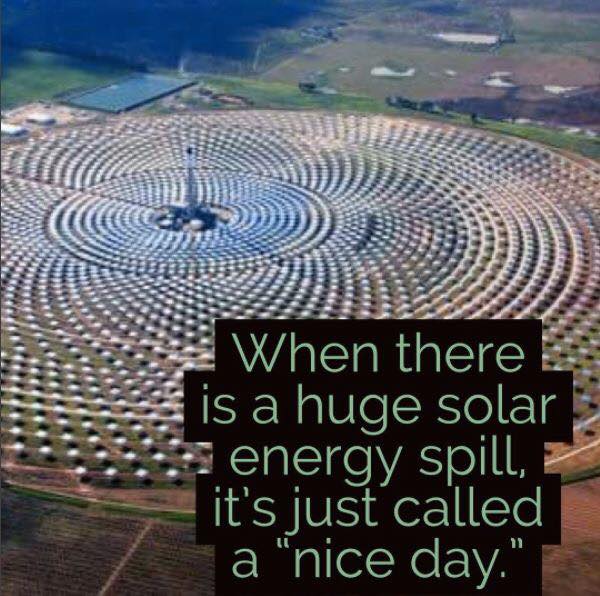 I just got back from being a delegate at the PowerGen World Renewable Energy Conference in Cologne, Germany (self-funded). It was both inspiring and an eye opener! It was a three day gathering of European, Chinese, American and Indian policy makers in the renewable and energy market spaces with the world’s largest power generation corporations from across the globe. And yes you’re right nobody there was talking about the Finkel review. The reason they weren’t talking about Australia’s second major review of the energy sector in 10 years that has recommended a price on carbon (and that is being ignored by the Federal government for a second time), is because for the countries represented at the conference renewable energy has been a profitable and burgeoning industry for more than two decades.

In a parallel universe a small number of mega corporations are responsible for most of the world’s global carbon emissions. According to the Carbon Majors Report (carbonmajors.org) there are 100 companies in the world that have been the source of more than 70 per cent of the world’s greenhouse gas emissions since 1988. China Coal alone is responsible for 15 per cent of global emissions over the last 30 years. Ten companies are responsible for 40 per cent of all carbon emissions since 1988! ExxonMobil, Shell, BP and Chevron are identified as among the highest emitting investor-owned companies since 1988. Beyond the shareholders and company directors of those 10 mega corporations it’s crazy to ponder that so few take the lion’s share of responsibility for warming the planet and so few have benefited economically from that massive impact on the planet. If business continues as usual and fossil fuels are extracted at the same rate over the next 28 years as they were between 1988 and 2017, says the report, global average temperatures will be on course to rise by 4 – 6 degrees by the end of this century.

Here’s the eye opening part – those same huge companies who are largely responsible for warming the planet, are moving away from the fossil fuel industry at break neck speed. They have seen the writing on the wall for fossil fuels in their business cases and are embracing renewables like there is no tomorrow (excuse the black humour). Nobody at the conference was talking about coal except in the context that within the decade new coal becomes inefficient as battery and heat storage technology erupt into the every day world.

A Carbon Tracker study in 2015 found that fossil fuel companies risked wasting more than 2 trillion dollars over the coming decade by pursuing coal, oil and gas projects that could be worthless in the face of international action on climate change and advances in renewables. One-fifth of global industrial greenhouse gas emissions are backed by public investment, according to the report, which puts investors in a very powerful position to divest from fossil fuels and demand that companies disclose climate risk. Charlie Kronick, the senior programme advisor at Greenpeace UK says, “The future of the oil industry has already been written: the choice is will its decline be managed, returning capital to shareholders to be reinvested in the genuine industries of the future, or will they hold on, hoping not to be the last one standing when the music stops?”

The more WE keep talking about coal the further we get from the renewable energy future that the rest of the world is already in. I have always agreed with the maxim that ‘what you dwell on, you become’ and that is precisely what the Coal barons in Australia and their coal-addicted politicians that take millions in donations want us to keep doing – focus on coal. Because while we keep talking and arguing about coal, we do not have a Federal government leading us in the direction we need to go. Instead we have a terribly sensible and conservative review conducted by government returning sensible and conservative recommendations - that they are ignoring.