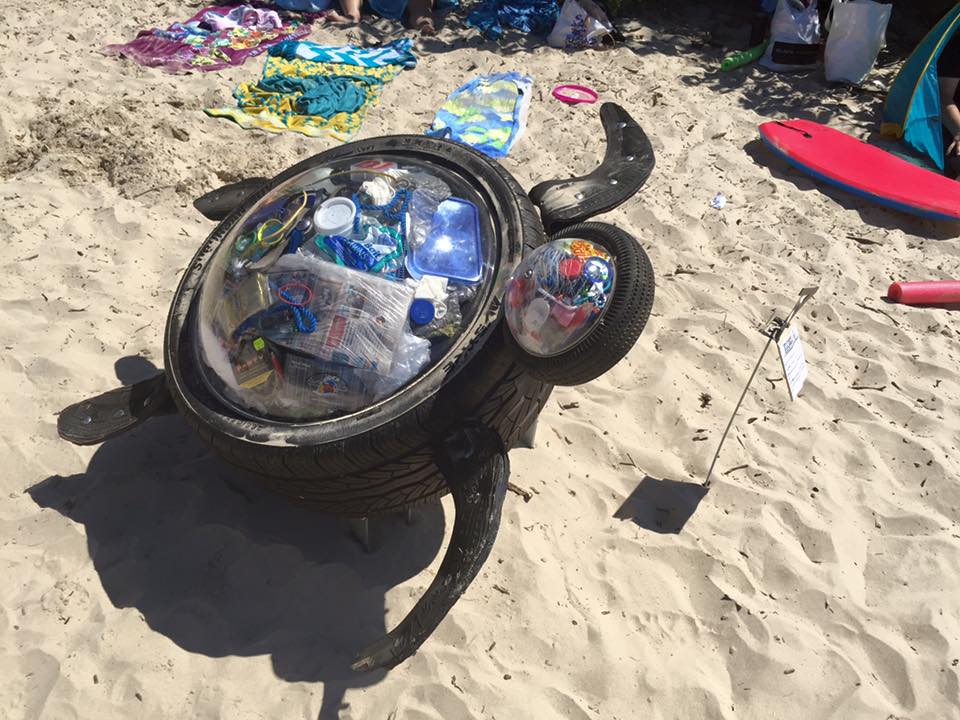 The recent TV program The War on Waste (ABC) was a real eye-opener for many people in Australia about how disposable plastics are polluting our environment.

Here in the Ballina - Byron region, while the statistics in the show were still shocking, we were already aware of the damage that plastic does in our landscape and ocean.

That’s because the Plastic Free July movement has taken off in this electorate and the Byron Shire Council is fully behind helping retailers phase out plastic shopping bags. Take a look at http://plasticfreebyron.com for ideas for retailers.

The main purpose behind Plastic Free July is for everyone to take a look at one way they can reduce their plastic use  and commit to that for the month of July. That might be bringing your own coffee cup to your local café instead of getting a disposable cup or even just refusing the plastic lid on top. It might be bringing your own bag to go shopping, something which many people are doing already. It could be refusing plastic cutlery, by having a spoon or fork from home in your bag or car.

For more ideas take a look at an alternatives to plastics guide written by Byron local Kate Nelson, also known as the @plasticfreemermaid for ways to reduce plastics consumption.

At Mullum Cares (www.mullumcares.com.au), a non-profit organisation committed to helping reduce waste, they even have bamboo crockery and cutlery sets available to rent at low prices for events so you don’t have to use throw away alternatives.

At a state level, the Greens have a Plastic Bag Prohibition Bill which will be re-introduced to NSW Parliament this year. The Bill seeks to ban single use plastic shopping bags to minimise the number of plastic shopping bags entering waterways and the marine environment to reduce harm to marine animals, and encourage more sustainable packaging solutions using reusable and biodegradable alternatives to plastic, and reduce the visual impact of plastic shopping bag litter. In the meantime you can show your support by signing my Ban the Bag petition.

Litter is also a major contributor to marine pollution. The War on Waste went diving in Sydney Harbour and found a shocking amount of litter in the water which fish and other marine life were swimming through. The program pointed out that the majority of the rubbish in the water comes from streets surrounding the harbour, not from harbour users. Wind and rain moves the litter from nearby streets into the water, contributing to the deaths  of tens of thousands of marine animals each year. So another big message is to put your rubbish in a bin and encourage everyone else to do the same.  The Greens have another Bill that I intend to introduce to Parliament soon which would ask local councils to fit filters on stormwater drains to prevent large amounts of litter from reaching waterways. This Bill was suggested by Manfred Urs Koch, who has worked tirelessly on this issue for many years.

Have a great July and I encourage you to look at www.plasticfreejuly.org for information and inspiration.