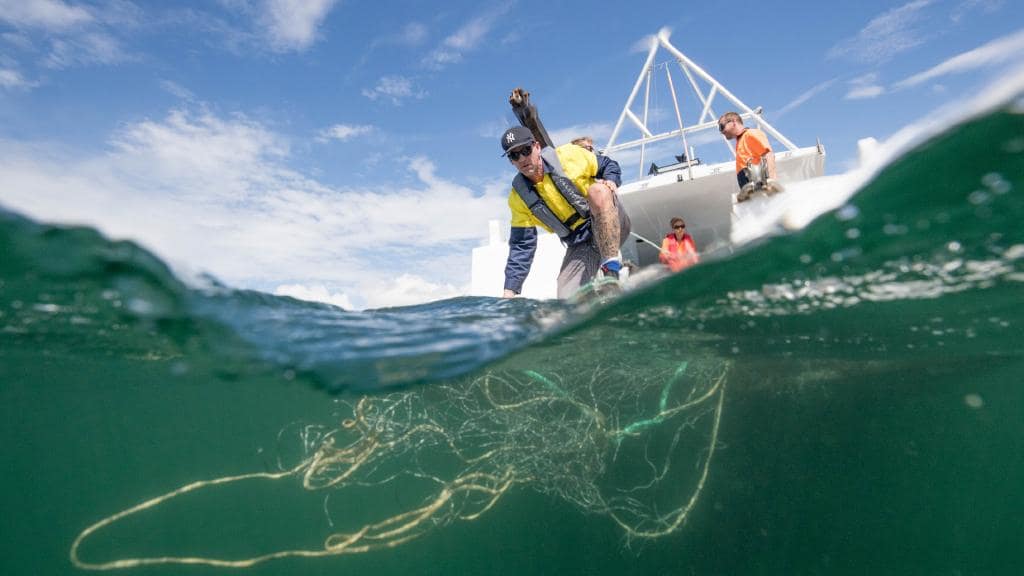 Ms Smith said today that the most recent report on shark nets, titled Effects and effectiveness of lethal shark hazard management: The Shark Meshing (Bather Protection) Program, by Dr Leah Gibbs from the University of Wollongong is "damming science into the politics of shark nets".

Ms Smith said "we have known for a decade that shark nets give a false sense of security when it comes to mitigating shark bites from targeted species. Most sharks caught by nets are trapped on the way back out to sea and only a tiny percentage of sharks that pose a risk to humans are ever caught in the nets."

"The report by Dr Gibbs provided overwhelming scientific certainty that shark nets are a false panacea, give beach-goers an unfounded sense of security and result in a vast number of deaths of non-targeted species such as rays, turtles, dolphins and endangered shark species."

The report found that there is no reliable evidence that lethal shark hazard management strategies are effective and that shark nets are an outdated technology.

The research showed a long-term decline in total shark catch and catch of the three key targeted species, white shark, tiger shark and whaler species, while non-targeted species represented the vast majority of animals caught in nets. The report found that in 2015-2016 the nets caught 19 grey nurse sharks, a critically endangered east coast species, with another 20 caught in 2017-2018.

Ms Smith said "I watched in Ballina, after a number of shark bites, the way that shark nets were used politically and as a public relations exercise despite the fact that the science was telling us that nets do not work. I will never forgive the Liberals and Nationals for the shark trial in my electorate when their own scientific experts were telling them that the nets don't work."

"We need to fast track non-lethal shark mitigation strategies like shark smart technologies and drone surveillance technologies because they can make a real difference to public safety and environmental protection. I am call on the NSW Government to remove shark meshing across the state because they are not working and they are killing marine life."