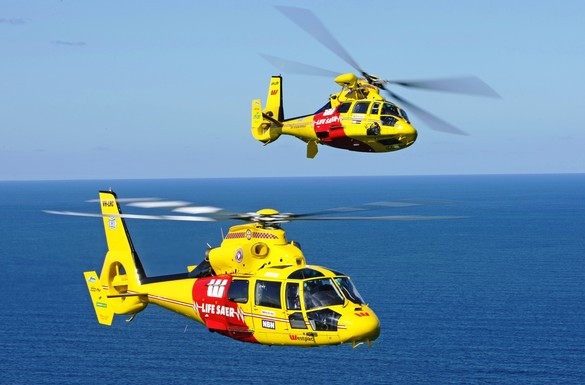 Greens Member for Ballina, Tamara Smith MP, is throwing her support behind concerned local pilots and paramedics who say the site deemed for the new Northern NSW Rescue chopper base is unsuitable and could put lives at risk.

While the NSW Health has given the tick to the Lismore airport pad, frontline crew members say that it is a highly unsuitable position which could see the service out of action for over a third of the year.

"It is of concern to me that those operating at the frontline of our rescue chopper service were left out of the consultation, and despite being vocal about having the helipad location reconsidered for safety and take off factors it appears they have been ignored," Ms Smith said.

"I have received reliable information that the Lismore site poses a number of issues, including sub-optimal conditions for take-off, and for 35 percent of the year, take off isn't possible at all. This statistic would understandably alarm many residents throughout the area.

"Fog presence, fruit bats, heat, flooding and distance from the coast are indicators that make the Lismore site unsuitable. This begs the question: when other locations exist that do not have these risk factors, why were the alternative sites not considered?" Ms Smith said.

In addition, Ms Smith has received representations from concerned frontline workers that there has been no risk assessment undertaken on the Lismore Airport location and a flood plan is yet to be completed.

"The people of Northern NSW need to be assured that this critical emergency service operation has the capacity to function at its peak," said Ms Smith.

"With pilots and paramedics raising concerns and calling for alternative pad sites to be considered, it seems irresponsible to proceed with construction at Lismore in February."

The Member for Ballina has written to Health Minister Jillian Skinner calling for an urgent review on the pad location, and seeking an explanation  why no flood management plan or risk assessment on the site has been completed prior to construction commencing. Ms Smith is urging Minister Skinner to consider the voices of those personnel who are at the heart of our rescue service.