The recommendation by the Independent Pricing and Regulatory Tribunal (IPART) to slash payments for rooftop solar power by 44% is a major step in the wrong direction.

It will harm the industry and hit the pockets of the 33,000-plus households and businesses in the Ballina, Lismore and Tweed areas that have installed solar panels in NSW, and will discourage further uptake of solar power.

The decision is a complete failure to assess the true value of solar, and a failure of the Berejiklian government to instruct IPART to take into account the reductions in health costs, fossil fuel pollution and spending on infrastructure that solar brings.

NSW – which relies on coal generation more than any other grid in the world and has been Australia’s biggest net importer of electricity – should be ensuring that electricity retailers pay a fair price for the power that’s fed into the grid from rooftop systems.

The Greens recognise that solar power leads to cleaner air and cheaper electricity, and that uptake of solar power should be encouraged.

Which is why I have introduced a Bill into the NSW Parliament to ensure householders and businesses receive a minimum, fair price for the solar power they produce and feed into the grid. 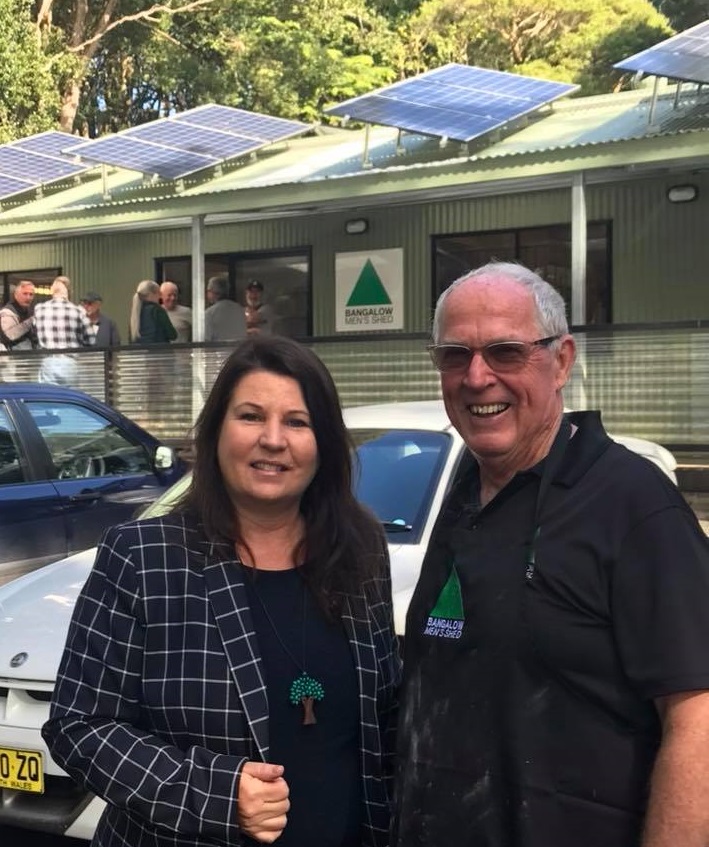 On the sunny side: with Brian Mackney this week at the Bangalow Men's Shed, which installed solar panels last year with my help in the form of a grant from the Community Building Partnership program.