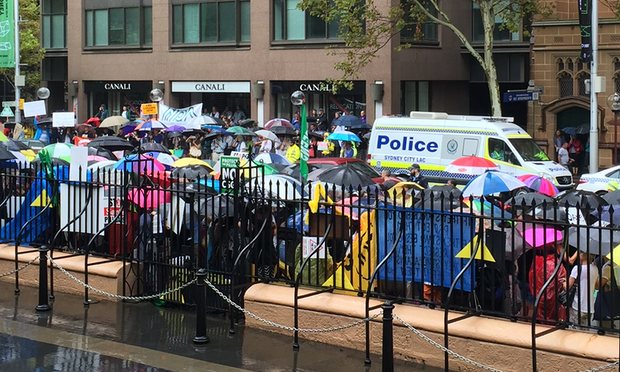 The Baird Government has introduced the Inclosed Lands, Crimes and Law Enforcement Legislation Amendment (Interference) Bill 2016 that changes the definition of a 'mine site' so that peaceful protesters against coal and coal seam gas will face jail sentences of up to seven years for simply expressing their democratic rights.

Section 201 of the Crimes Act 1900 was originally intended to stop serious acts of industrial sabotage that may have been undertaken by protesting mine workers in the 1980s. However, the Bill before Parliament expands the definition to encompass coal seam gas sites and construction sites after the courts ruled that protesters trying to stop the construction of Maules Creek coal mine could not be prosecuted under this section as it was a construction site, not a mine.

"Do National MPs really want to see the knitting nannas or other protesters, concerned about the impact of mining on land and water, thrown into jail for up to seven years?" asked Ms Smith.

"Thomas George and Ben Franklin should represent their community and pledge to cross the floor, vote against the Government's legislation and stand up for the democratic right to protest in New South Wales.

"If these MPs genuinely care about keeping the Northern Rivers CSG-free and protecting the right to protest, then they should vote that way in Parliament.

"No weasel words, just tell the community where you stand on this law, Thomas and Ben.

"I will vote against these laws in Parliament and the Greens will continue to lead the charge against this draconian crackdown that is clearly designed to intimidate protesters and benefit big mining and gas corporations," said Ms Smith.