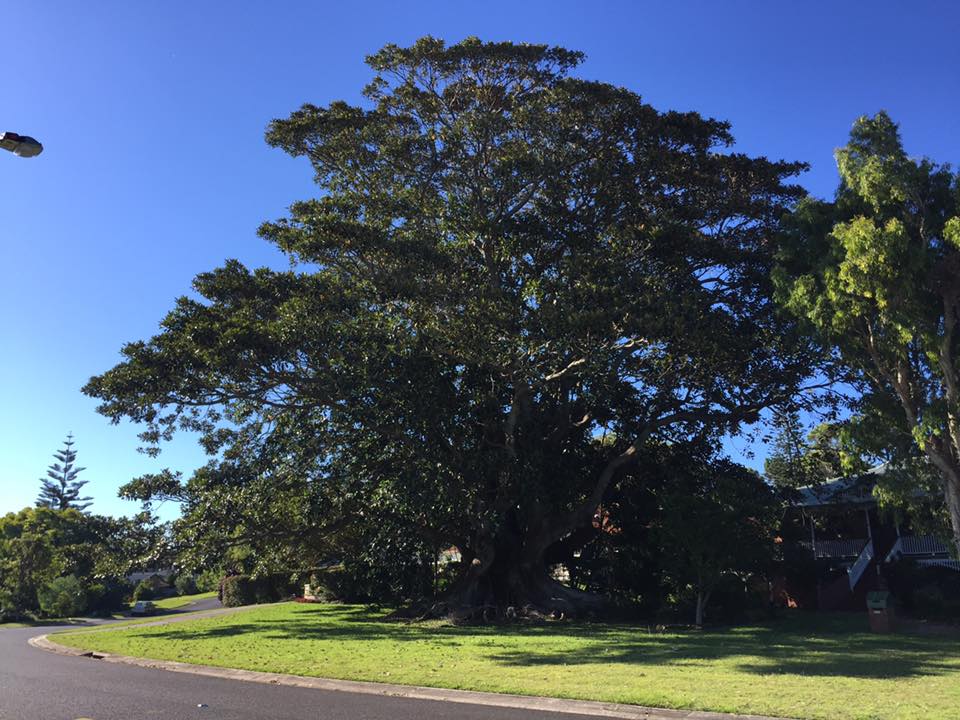 Options for Lennox tree still under investigation
HOPE still remains for a 200-year-old fig tree at Lennox Head to be saved from the chainsaws – even months after the elected council decided to remove the tree.

Last November, Ballina Shire Council agreed to remove the tree after the council had two insurance claims on damage the tree’s
roots had caused to a neighbouring property. Council had been advised by its insurer the tree would no longer be covered.

However, since that decision, and an unsuccessful rescission motion in December, council has engaged a specialist fig tree expert based on a request from the State Member for Ballina, Tamara Smith, to assess if further options were available.
Council’s general manager Paul Hickey said the report had now been received by council, but “unfortunately ... did not provide definitive advice”.
“It did recommend further investigations by another specialist with respect to possible relocation of the tree and more detailed mapping of the root system,” he said.

“That additional specialist has commenced their review and that report is expected shortly.” He said the matter would only be reported back to council if “information becomes available that could justify the previous decision being reviewed”.

These investigations have come after the elected councillors decided to authorise the general manager to arrange for the tree’s removal. But Mr Hickey said that situation was not unusual. “Council decisions often lead to further analysis as part of the implementation of the decision by council staff,” he said.

“If that analysis identifies information that is new, a matter can be reported back to council, to ensure the councillors are fully informed.

“In respect to this fig tree, it is essential that all options are investigated prior to implementing the decision to remove the tree as no one wants the tree to be removed.
“It was only due to the risk of council having no public liability insurance coverage and the inability to identify a solution that would preserve the tree, that resulted in a majority of councillors having to make the difficult decision to remove the tree.”

State Member for Ballina Tamara Smith praised the council for its efforts to save the tree.
“I know that the damage caused by this tree to property has been very stressful for nearby owners,” she said.

“But I commend council’s efforts to examine all possible options to save this tree, to preserve our local heritage and environment.”