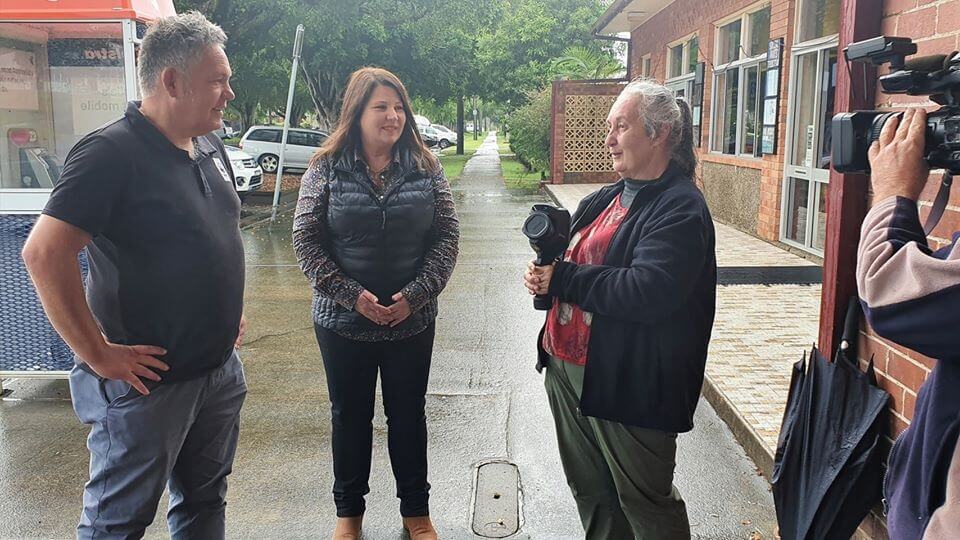 KOALA rescuer Maria Matthes will be able to save more wildlife while keeping herself safe thanks to a new thermal imaging camera.

Ms Matthes, who has a member of Friends of the Koala for five years, remembered the fires that affected the area on October 16, 2019.

"I saw two koalas up in a tree after the fire went through, and the RFS sprayed the trees so we could rescue the animals, but it was dangerous work," she said.

"(Earlier that week) I was at the Koala Inquiry at the Ballina RSL and after I saw a plume of smoke in this direction and I said 'I have to go, my koalas are on fire!'.

"In a situation like that, I will be able to use this camera and check the koala's temperature, but also the trees around and even the ground, particularly after a bushfire."

The Wardell resident said the machine will be invaluable as we get closer to spring and summer.

"We haven't had a fire in the Blackwall Range (3.6km from Wardell) for 30 or 40 years, and the last time it stopped because of a pineapple farm halfway along, which is not there anymore," she said.

"If we get a fire anywhere from Uralba to Bagotville, there is no stopping it and there is nowhere for koalas to go."

Darren Grover, WWF's Head of Healthy Land and Seascapes, presented the equipment, the first one offered by the not for profit to a community organisation.

"Post fires, there is very little food and shelter, so they move across the landscape and that's when they come in contact with cars and dogs," he said.

Ballina MP Tamara Smith said: "It's so good to have a good story for koalas, especially in the Meerschaum Vale area, with NGOs and community organisations coming together."

Join 14,770 other supporters in taking action