Greens candidate for Ballina, Tamara Smith has called for an increase in breast screening services across the Northern Rivers after visiting the mobile breast screening van and talking to local women in Ballina last week. 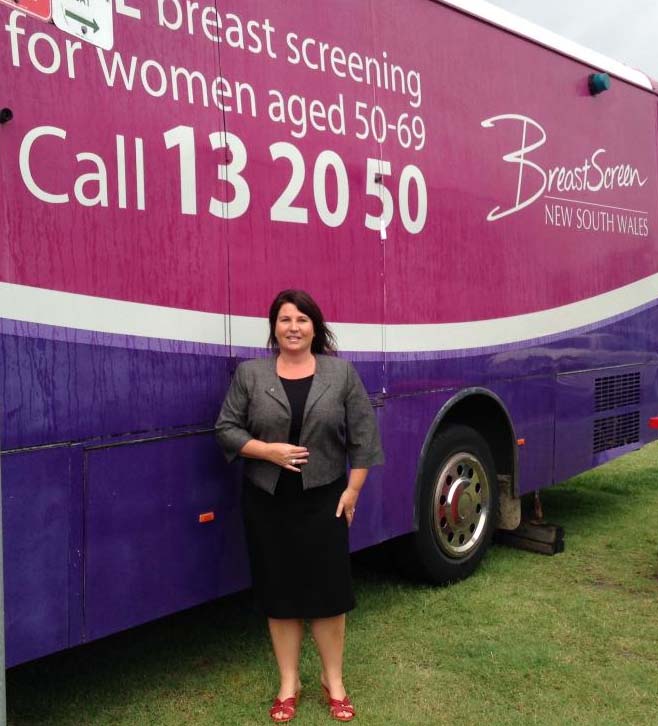 “Prior to 2009, three mobile breast screening vans serviced Northern NSW. That was cut to one van in 2010, which only stops in Byron Bay and Ballina for just two weeks every year. The State Government and the Northern NSW Local Health District need to intervene and increase funding for this early detection service as a priority.

“Not everyone in the Northern Rivers has access to a car; there is poor public transport in our area and many women on the coast struggle to find the time to get to the nearest screening centres in Lismore and Tweed Heads.

“Early detection is the key factor which determines a woman’s survival and recovery from breast cancer. 97% of women survive Breast Cancer if it is detected early. If not, the disease can spread to other parts of the body with fatal consequences.

“It is also far more cost-efficient on the health budget to invest in early detection and intervention services than it is to treat women with an advanced cancer in acute or chronic care.

“The Northern NSW Local Health District need to urgently expand the mobile breast screening service across the Northern Rivers or pursue other free screening facilities located in our towns to increase the number of women who can access this vital service” said Tamara Smith.

“Ten years ago I was diagnosed with early stage breast cancer, and without early detection, I would not be here today. The mobile Breast Screen vans offer a vital service allowing local women to get a quick mammogram in around 20 minutes, but these vans are only in Ballina and Byron Bay for two weeks each year and are virtually booked out before they arrive. The existing services are simply not sufficient to meet the growing demand for screening and early intervention in our region” said Ms Sparks.

Tamara Smith urges eligible women to utlise the existing permanent and mobile breast screen clinics to have a check up.