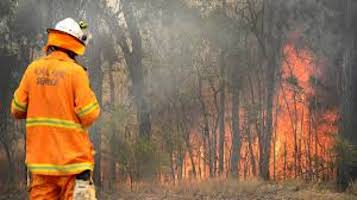 Social infrastructure will determine our fate

I DON’T think any of us feels like we have had a holiday over the usual festive season.

Whether you have been ­affected personally by recent extreme weather events or the worst fires in living memory, every one of us has been ­affected emotionally by the loss of life, the destruction of places we love and the devastating loss of animals and ­biodiversity.

What has become patently obvious to us all (fingers crossed for a few dinosaurs) is that we need to reduce our ­carbon emissions as quickly as possible and we need to ­prepare for life on a warmer planet.

This year I will have a lot to say about our transition to a low-carbon economy and the job and wealth opportunities that accompany that transition.

What I want to reflect on here is what makes a community resilient in the face of the kind of extreme weather events we are experiencing.

In July 1995 a heatwave in Chicago killed 739 people. More than 200,000 people were without electricity and water for several days.

Across the city buildings baked like ovens, roads and railways buckled, thousands of cars and buses overheated.

As you would expect, poorer areas of the city were badly affected but what was incredible was that some very poor communities proved to be quite resilient.

This led researchers like Obama’s adviser Eric Klinenberg to want to understand why this anomaly occurred.

Why were equal communities in terms of the same wealth, gender, age and ethnicity affected differently?

What Klinenberg discovered is, I think, crucial for us as a community to understand as we prepare for the future.

He found that social infrastructure – the physical places and organisations that shape the way people interact – was the most important indicator of resilience.

He found that local, face-to-face interactions in schools, playgrounds, sporting fields, clubs and the corner shop were the spaces where we built resilience.

Simply put, communities in Chicago that had robust ­social infrastructure were not as badly affected during the heatwave because people knew each other and had ­social support networks to rely on when the physical infrastructure networks broke down.

People forge bonds in places that have healthy social infrastructures, not because they set out to build community but because when people engage in sustained, recurrent interaction, particularly while doing things they enjoy, relationships inevitably grow.

With the Northern Rivers one of the strongest volunteer communities in Australia, we have a lot of social infrastructure we can build on.

Next time you want to hide from your neighbour, remember that when hard infrastructure fails us it is social infrastructure that determines our fate.